Death's Gambit is a challenging 2D action platformer with deep RPG elements. As an agent of Death bound to his service, unravel the mystery of Siradon and discover the true price of immortality. 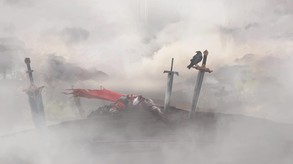 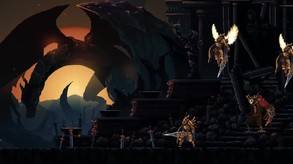 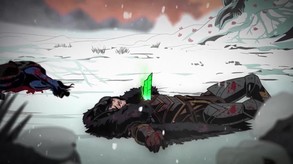 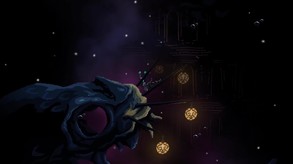 The promise of immortality lies at the heart of Siradon. As Death's right hand, challenge the undying guardians of the realm and endure the eternal struggle to purge their souls. But what reward awaits a faithful servant of Death?

Death's Gambit is a hardcore 2D action platformer with rich RPG elements. Master the precise combat, utilizing a wide variety of weapons and abilities to confront the horrors that lurk deep within Siradon. Explore a mysterious and unforgiving world to uncover the true price of immortality. Embrace the challenge of being an agent of Death.

A king only in name...
Slay the Owlking

A relic of the past...
Slay Bysurge in heroic

A worthy challenge...
Slay the Bulwark in heroic

An appetite for blood...
Slay the Dark Knight

Beyond the stars...
Slay Amulvaro

Chosen of Death
Defeat all bosses in Heroic

Dethroned
Slay the Owlking in heroic

In glorious radiance...
Slay the Soul of the Phoenix

Lord of the Vale
Slay the Tundra Lord in heroic

Superior armaments
Enchant a weapon or equipment to +10

The bigger they are...
Slay the Forgotten Gaian

The Bookkeeper
Recover all boss journals

The Ghost of Aldwynn
Slay Origa

The Herald of the Storm
Slay the Bulwark

To ash and dust...
Slay the Soul of the Phoenix in heroic

When the stars align...
Slay Amulvaro in heroic

Where the wind howls...
Slay the Tundra Lord

Who is the real monster?
Slay Cusith in heroic