The dead have risen and civilization has fallen. Now it's up to you to gather survivors, scavenge for resources and build a community in a post-apocalyptic world – a world where you define what it means to survive in this ultimate zombie survival simulation. 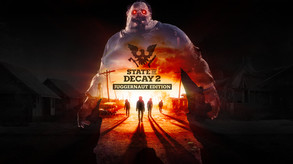 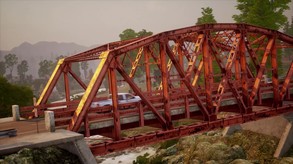 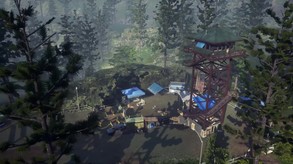 State of Decay 2: Juggernaut Edition re-imagines the popular survival game as a brand-new experience to welcome first-time players... and those who've come back from the dead. Available on Steam for the first time, this edition is packed with new and remastered content for the ultimate zombie survival experience.

Join over 7 million existing players and discover what Juggernaut Edition has to offer:

... and countless other improvements to the classic open-ended sandbox gameplay.

Juggernaut Edition releases across all platforms on Friday, the 13th of March.

State of Decay 2 is an open-world survival-fantasy game set just after the zombie apocalypse. Your small community of survivors seeks to rebuild a corner of civilization, and you get to make all the decisions about how that happens.

You decide who to recruit to your team, where to settle your community, how to fortify and upgrade your base, and when it’s time to move to greener pastures. You select which survivor to bring along on a scavenging run for the food and ammo you need, and who you’ll use to fight off the zombies attacking your base. You choose how you’ll deal with other people who move into your town. Will you be friendly and welcoming... or will you aggressively defend your territory?

Every player’s experience in the sandbox is unique. Each character in your community has their own special set of skills and traits, so no two communities are ever the same. The challenges you face also vary from game to game, based on who you recruit and the decisions you make along the way.

With co-op multiplayer support, you can visit your friends' communities and help them through a tough spot, bringing back rewards for your own communities later. Alternate game modes include a full 10-hour narrative campaign and a four-player zombie-slaughtering "siege defense" mode.

Undead Labs is proud to present our best-ever vision of the zombie apocalypse. Keep your eyes peeled and your weapons ready. This is one apocalypse you won't want to miss.

I Was All By Myself
Reach the sixth wave in a session of Daybreak in single player.

Be My Bodyguard
Reach the third wave in a session of Daybreak without the technician taking damage.

Flawless Victory
Achieve victory in a session of Daybreak without suffering any player deaths.

Forgot My Breaches
Achieve victory in a session of Daybreak without any wall sections being leveled.

Hoard Mode
Achieve victory in a session of Daybreak after collecting 25 CLEO drops.

Get Used to Disappointment
Allow the technician to die during a session of Daybreak.

Green Talon
Fail during the first wave in a session of Daybreak.

Insourcing
Have all four Red Talon facilities in your home community at the same time.

No Gut, No Glory
Kill a blood plague juggernaut.

Sayonara
Have a Survivor within your Community die.

My Own Private Army
Recruit four Red Talon contractors to your home community.

Shut Up
Kill a screamer with a CLEO heavy sniper rifle.

Head to To So Player
Allow 24 bags of dropped items to accumulate on the ground.

Am I the Only One Zen Around Here?
Kill X plague zombies with crossbows.

Should Have Read the Warning Label
Contract blood plague by using a plague consumable.

New Lease on Life
Use a training manual to retrain a specialization.

Tried and Tested
Complete the legacy arcs for all four leader types while in a Dread Zone or a Nightmare Zone.

Welcome to the Dread Zone!
Have a survivor within your community die while playing in a Dread Zone.

Enjoying Your Stay?
Have three survivors within your community die in a Dread Zone or Nightmare Zone.

Called for Backup
Play in a Dread Zone or a Nightmare Zone with another human being.

Do Not Go Gentle into That Good Night
Enter a Dread Zone.

Rage Against the Dying of the Light
Enter a Nightmare Zone.

True Grit
Survive until Day 100 while in a Dread Zone or a Nightmare Zone.

Over the Rainbow
Complete a legacy arc while in a Nightmare Zone.

Peerless
Kill all plague hearts in a single Nightmare Zone.

The First Hurdle
Destroy a plague heart in a Dread Zone or a Nightmare Zone.

Throw Your Love Around
Reach maximum morale while in a Dread Zone or a Nightmare Zone.

Close Call
Destroy an XL Horde (a large horde with two Screamers and a Feral) while in a Dread Zone or a Nightmare Zone.

Pound of Flesh
Craft a case of bulk plague cure while in a Dread Zone or Nightmare Zone.

Blood Farmer
Extract 20 plague samples from plague juggernauts in a Dread Zone or a Nightmare Zone.

Is There No One Else
Destroy 100 hordes in Dread Zones or Nightmare Zones.

I Got You a Pony
Deliver a Rucksack to your Storage Facility.

I Got You a Pack Mule
Deliver 50 Rucksacks to your Storage Facility.

Construction Complete
Build a Facility at your Base.

Tear Down That Wall
Destroy a plague wall in Heartland

Max Would Be Proud
Use the Vehicle Depot to craft and use all three vehicle upgrade kits.

Paradise City
Build 10 Facilities at your Base.

The City-Raised Farmer
Recruit Malik into your Heartland community

The Crafty Scoundrel
Recruit Brock into your Heartland community

The Eager Inventor
Recruit Keesha into your Heartland community

The Lonely Survivor
Recruit Chavez into your Heartland community

The Grumpy Hunter
Recruit Reba into your Heartland community

The Shy Maker
Recruit Diana into your Heartland community

The Desperate Husband
Recruit Vic into your Heartland community

The Mournful Father
Recruit Isaac into your Heartland community

The Helpful Hacker
Recruit IzzBee into your Heartland community

The Last Soldier
Recruit Captain Logan into your Heartland community

CLEO Can You Hear Me?
Complete 10 CLEO sieges using the CLEO relay in Heartland

Plot Armor
Complete Heartland with both of your starting survivors alive

The Walls Came Tumbling Down
Destroy 20 plague walls in Heartland

The Forest for the Trees
Claim a base on the Providence Ridge map.

The Game is Afoot
Accept a bounty from the Bounty Broker.

Collect 'Em All
Complete 25 bounties for the Bounty Broker.

It Looks Good on You, Though
Unlock an outfit by completing a bounty from the Bounty Broker.

Howdy Howdy Howdy
Kill 3 zombies in 3 seconds with a revolver, while wearing any cowboy hat from the Closet.

88 Miles Per Hour
Hit top speed while driving a Road Racer and wearing any puffy vest from the Closet.

Welcome to the Jungle
Recruit a new Survivor to your Community.

Through a Glass Darkly
Survey 5 Sites with your Binoculars.

Bring the Brouhaha
Cause a commotion while searching a Container.

No More Strangers
Earn enough Standing to promote a Recruit to Citizen.

Gotta be Larger than Life
Earn enough Standing to promote a Citizen to Hero.

Breach and Clear
Secure 5 Sites by exploring every room and killing every zombie.

Every Piece of Trash in Town
Secure 25 Sites by exploring every room and killing every zombie.

Glutton for Punishment
Kill a Juggernaut.

Call Me Any Anytime
Call in a Radio Command.

Men Without Hats
Shoot the helmet off an Armored Zombie.

I Ran So Far Away
Choose a Specialization for the Cardio skill.

Knowing is Half the Battle
Choose a Specialization for the Wits skill.

Wax On, Wax Off
Choose a Specialization for the Fighting skill.

Short Controlled Bursts
Choose a Specialization for the Shooting skill.

Mediocre!
Elect a Warlord as the Leader of your Community.

Nice Moves There
Elect a Sheriff as the Leader of your Community.

Doctor Terminus
Elect a Trader as the Leader of your Community.

Can We Fix It? Yes We Can!
Elect a Builder as the Leader of your Community.

Total Eclipse
Destroy every Plague Heart in your Territory.

Holding Down the Couch
Switch to a different Survivor when you become Fatigued.

Be Still My Dog of War
Complete a campaign with the Warlord's Legacy.

I Am the Law
Complete a campaign with the Sheriff's Legacy.

Speedy Delivery
Complete a campaign with the Trader's Legacy.

If You Build It, They Will Come
Complete a campaign with the Builder's Legacy.

Dam Fine Territory
Claim a base on the Cascade Hills map.

Ten Thousand Gallon Hat
Claim a base on the Drucker County map.

Tilting at Windmills
Claim a base on the Meagher Valley map.

The Next Generation
Start a new Campaign with Survivors from a completed one.

Sie sind das Essen und wir sind
Shoot off a Flare (or volunteer to help someone who does).

From the Top of My Lungs
Kill 4 Screamers.

What We Do in the Shadows
Destroy a Plague Heart at night.

War Rig
Use the Auto Shop to create an armor upgrade and apply it to a vehicle.

Rucks in Trucks
Transfer an item from a vehicle's inventory directly into your base.

Who Run Bartertown?
Build the Trade Depot facility at your base.

Mercy Hospital
Build the Field Hospital facility at your base.

Citizens First and Solders Second
Build the Armory facility at your base.

Enemy at the Gates
Build the Sniper Tower facility at your base.

Piggyback Ride
Finish off a Juggernaut with a melee execution.

Friendship is Magic
Work with 5 Enclaves to make them your Allies.

Can Buy Me Love
Earn Influence by selling 10 items to Enclaves.

That was it? This is easy.
Survive to the second wave in a session of Daybreak.

The Pledge
Earn a total of 500 Prestige playing Daybreak.

Day Broken
Achieve victory in a session of Daybreak.

Sleep All Day, Out All Night
Survive 49 total zombie waves in Daybreak.

The Turn
Earn a total of 5000 Prestige playing Daybreak.

Time's Up
Survive to the fourth wave in a session of Daybreak.

The Infinite Sea
Survive to the sixth wave in a session of Daybreak.

Never Forget the Medic
Heal the technician 12 times in Daybreak.

We Don't Need No Education
Repair a wall 12 times in Daybreak.

The Moral High Ground is Mine
Reach the fourth wave in a session of Daybreak without any player using guns.

Conservation of Splatter
Reach the fifth wave in a session of Daybreak without any player using explosives.