Zombie Buster VR aims to be an authentic action shooting game that has maximized the feeling of shooting and coolness of battle, which has been the most essential element lacking in existing Shooting VR games. 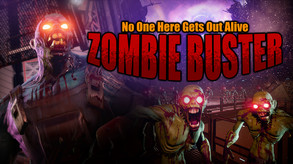 The Game Story Of Zombie Buster
At the last stage of Mars colonization project in AD 2075, a group of elite scientists was sent to wrap up the final research there. 1 month later, the whole Mars research group died in an unsolved mystery just right after they sent a message that they’ve found a rare mutant bacteria. The Earth Union sent dozens of special investigation team consisting of experts from various fields, but the teams are all killed by mysterious mutant zombies and monsters. Then Mars became a planet of death where no one could come any closer. The multinational companies which have already invested in the Mars colonization project decided to secretly send the secondary investigation team and started recruiting combat troops to eliminate the Martian monsters. Those who are going back and forth to Mars hunting the monsters are called “Zombie Buster”.

Features
1) A game where you can experience the best immersion in a VR Game.
2) The game has the best feeling of shooting and action that was previously lacking in existing wave shooting VR games.
3) Making it possible to play for long periods of time by eliminating elements that cause VR-specific dizziness.
4) A game, Intuitive and easy-to-play, but hard to master.
5) A game with Improved artificial intelligence (MOB), more realistic than traditional games by responding to player's movements in various ways.
6) World ranking support to enjoy individual ranking competition with players from around the world. A continuous record-breaking game through mission completion.
7) A game consisting of skill and strategy which must be used together to complete each level of mission.
8) You can control your battle by dodging attacks or using slow motion skill.
9) Providing players with enhanced player’s shooting pleasure and quick action.