Rising Hell is a vertical platformer rogue-lite filled with adrenaline-pumping action and tons of heavy gothic metal shreds. Climb out from the ever-changing hell while you fight hordes of blood-lusting demons. 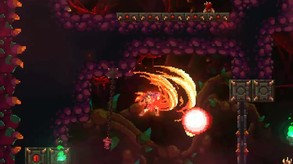 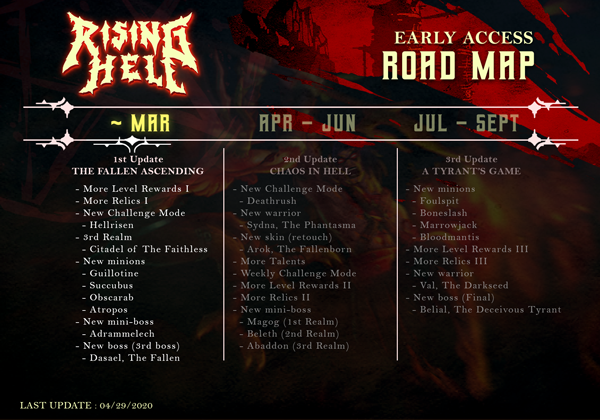 We will be updating the roadmap as we progress with the game's development.

Fight your way through hordes of blood-lusting demons and escape hell as you unlock new characters and talents to create chaos in the randomly generated and ever-changing landscape of hell!

Heavy-metal riffs and pixelated madness will accompany you as you fight your way out from the depths of fiery hell, facing the bugs-ridden Beelzebub’s Lair, and other pits of hell with different creatures, bosses, and living traps lurking around. Chaining combos, jumping maneuvers, and talent building will be your key to help you climb your way out of hell in this adrenaline-pumping vertical platformer.

Brawl In Hell 3
Completing "Citadel of the Faithless" chapter without performing Hellbreak.