Manage emergency services in any city in the world! Take calls and dispatch rescue forces. Handle difficult situations, now depending on the weather, and traffic. Help the citizens through cataclysms and natural disasters, becoming a better emergency number operator every day! 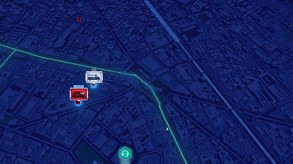 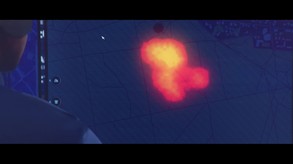 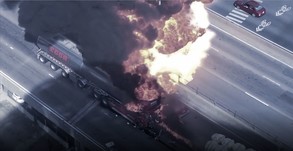 Check out more from Games Operators!

Check out more from our friends!

Help on a scale bigger than ever before. The sequel of the award-winning 911 Operator lets you act on many, completely different levels - from taking care of a single neighborhood to coordinating several operators’ work in the world’s biggest metropolises. Full 3D visualization will give you the inside view of your units’ actions. Choose from over 100 000 areas, such as districts, municipalities, and tens of thousands of real cities from all over the world.

To all units: a storm is coming…

Face the dynamic weather, based on authentic, historical data. Watch the incidents change as day or night comes, traffic increases and seasons pass. Watch out for extreme conditions that may lead to cataclysms and natural disasters. Try to tame big wildfires spreading across the map. Weather isn’t your only problem though - be careful when dealing with terrorist attacks and gang wars.

Take calls from people in various situations, needing emergency services’ help. You never know who’s on the other side of the line - you might hear a frightening murder story, maybe you’ll have to instruct someone on performing CPR, or keep your nerves while encountering an annoying prankster.

Choose one of the European cities in completely new Career mode and find out if you’ll manage to climb up to the very top of an operator’s career ladder. Follow the commands of your supervisors and see your actions affecting people you’re in charge of or those who need your help. Sometimes your mistakes will only be followed by a reprimanding e-mail, sometimes they’ll influence your own life.
You can also play special scenarios in any city in the world, or make your own rules in the Free Game mode.

Command the best specialists, using technologically advanced equipment and vehicles. Decide what to use - a SWAT team, Search and Rescue helicopter, or maybe riot gear? When your units arrive at the scene, command them in the tactical view that gives you the full image of the situation.

CHECK OUT MORE FROM OUR FRIENDS!
https://store.steampowered.com/app/1324760/Everest_Search_and_Rescue/

CHECK OUT MORE FROM GAMES OPERATORS!

Advanced Certification Medal
Awarded for having a team member promoted to the 7th level.

Medal of Bravery
Awarded for taking down a gun-toting criminal by a policeman without a firearm.

Community Policing Medal
Awarded for 100% efficiency in one duty.

Medal of Merit for Environment
Awarded for successfully extinguishing a major fire over 30 squares big.

Fast Reaction Medal
Awarded for sending support to units in a fight.

Purple Heart
Awarded for team members that were injured during a duty and survived.

Police Medal for Heroism
Awarded when one police officer takes down three bandits in one incident.

Medal of Honor
Awarded for finishing the Campaign Mode.

Leadership Award
Awarded for having 5 dispatchers assigned at the same time.

Local Hero
Awarded for playing on a city proposed by the game.

Exemplary Medical Service Medal
Awarded for saving 50 people by driving them to a hospital.

Memorial Cross
Awarded for causing a whole unit to die in a single incident.

Medal of Meritorious Service
Awarded for completing 30 duties in one city.

Sacrifice Medal
Awarded posthumously for a dead team member that prevented a crime.

Order of the Smile
Awarded for helping the Easter Egg Caller.

Tactical Squad Service Medal
Awarded for using 3 units with firearms to deal with a firearms incident.

Medal of Valor
Awarded for finishing 3 duties in a row without failing any major incident.