Virgo Versus The Zodiac

Dethrone the Zodiacs, revive the Golden Age and purge the Heretics that swarm the galaxy as Virgo, the queen of Purity, in this unforgiving timed actions turn-based JRPG. 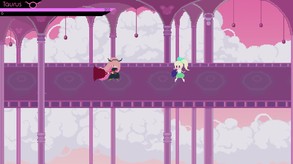 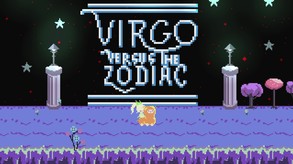 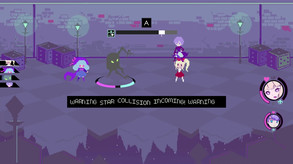 Virgo Versus the Zodiac is a sci-fi/fantasy JRPG inspired by the Mario & Luigi RPG series and the Mother RPG series in which you play as an obsessed villain.

The game features traditional turn-based combat with real-time execution of moves: blocking, countering and timing your attacks carefully as well as predicting your foes' moves is essential to succeed in Virgo’s twisted and unforgiving cosmic quest to bring back the Golden Age, a period of peace, symmetry and balance, or so she thinks.

In this galaxy where every action means a reaction, you’ll play as Virgo, the Holy Queen, often called Dreadful Queen by heretics, bringing mayhem to the Zodiac Realms and leaving a trail of stardust on the way, all to fit her excessively righteous worldview.

Beckoning of the Black Sun
Finish all Black Holes.

Eradicate the Space Reptiles
Finish all shoot’em up mini sections.

Tactical Withdrawal
Load a Save from the Game over Screen.

Mood Breaker
Jump 150x while in a cutscene.

Power Creep
Have one party member with fully upgraded equipment.

Fate is Upon Us
Open the Gates of the Capricorn Construction Corporation (™).

Cow of Duty
Saved the Taicow.

Persistence
Die on the same battle 3 times in a row.