Return to the Forgotten Realms in this bestselling Dungeons & Dragons roleplaying game. Combines all the content of Neverwinter Nights Diamond Edition with all-new enhanced features. Includes 100+ hours of award-winning adventures and the tools to create your own! 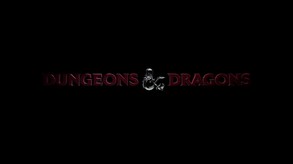 Slink through the shadows as a deadly half-elven rogue, wield fearsome magics as a powerful gnomish sorcerer, vanquish your foes as an armor-clad dwarven paladin... whatever hero you create, incredible adventures await.

Discover magic, wonder, and danger at every turn on your own or with friends in these classic Dungeons & Dragons adventures.

The original Neverwinter Nights campaign: Find yourself at the center of intrigue, betrayal, and dark magic in Neverwinter Nights. Journey through dangerous cities, monster filled dungeons and deep into uncharted wilderness in search of the cure for a cursed plague ravaging the city of Neverwinter.
Two expansion packs:
Three premium modules:
Discover over 40 hours of new stories, then go on to sample the hundreds of modules created by community members just like you.
The Aurora Toolset: Build your own world full of unique monsters, items, traps, encounters, and settings, then share your creation with the rest of the Neverwinter Nights community. (Windows only)
Dungeon Master Client: Become the storyteller! Control monsters, creatures, and characters your players will meet over the course of an adventure.

Fair Weather Henchmen
You've built the foundations for six beautiful friendships with the power of bribery.

Neverwinter Crypt Raider
Your journey has taken you into the sleeping territory of the dead. You've raided three tombs of Lord Never and returned the artifacts found there to Oleff or Giles.

Deal or No Deal
There is a demon in Helm's Hold. Do you release it or restore the guardian spirit to its rightful place?

These Swords are Poorly Balanced
While level 8 or less, you rallied your might to defeat four flying swords in Never's tomb

Hoard Mode
In your journey to Luskan you have completed the quests that had you collect gems for a serpent, crystal sculptures, magical tomes, and... ears.

No Teen Wolves Here
Through battle or compassion, you dealt with the werewolf curse plaguing Port Llast and the surrounding area.

Tower Frozen in Time
You were diligent in investigating the crimes of the brothers Jhareg. You possessed all of the facts before you passed judgement.

Not Just In It For The Paycheque
Nothing says loyalty like giving your employees more presents.

No Cult Stone Left Unkilled
You found more than enough evidence of cult activities to give to Aribeth.

Law and Rolgan
You were persuasive in your arguments. The jury was unanimous!

It's Not An Ocarina
You reforged a powerful Amulet of Ages with the aid of two warring factions, and used it to weaken a powerful dragon.

No Jewelry for Me!
You defeated the powerful Winter Fang without weakening it!

Dragons are Friends Not Fodder
You completed quests for a green and gold dragon.

Level 40
You have reached level 40! You are unstoppable.

Multifaceted Hero
You trained yourself in multiple fields of battle. Beware the potential experience penalty!

How Prestigious x5
You are five times more prestigious.

That Went Well...
You were defeated in battle. Gather your willpower and try again!

Jingle, Jangle, Sell Another Bangle
One hundred thousand pennies in your pocket.

There Are Too Many People In This Hallway
You've amassed a battle party of four or more companions.

Bigby's Thesaurus Hand
How many hands can Bigby possibly have?

Extra Prestigious
You unlocked a prestige class from Shadows of Undrentide.

Even More Prestigious
You unlocked a prestige class from Hordes of the Underdark.

Top of Your Class
Your prowess in your current class has reached unimaginable heights.

No Workers Comp
You might need to aim more carefully around your henchmen in the future.